My retro phone gets more attention than the latest smartphone 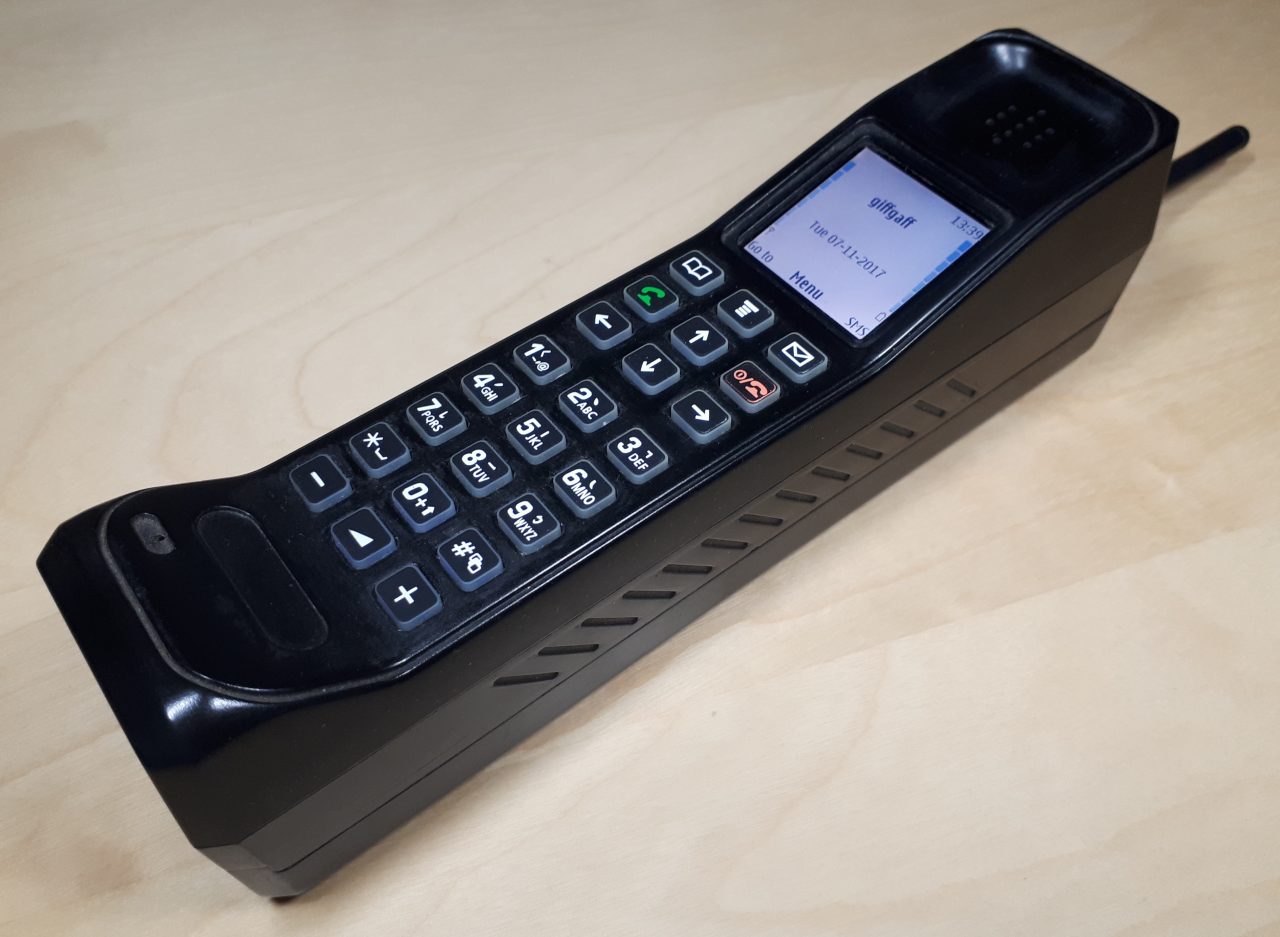 What is this retro phone?

Just imagine an old retro phone that will get more attention than any new smartphone. If you like retro stuff, then this is for you. I have had this phone for about 10 years now, and I came across it the other day whilst having a clear out at home. After charging the battery and popping in a SIM card, it worked perfectly.

Many moons ago, this was a spontaneous fun purchase on eBay from a seller in China. It took so long to ship, I forgot all about it. And then one day a box appeared on my desk at work and my retro phone had arrived.

So what is it? It is a modern version of a 1980’s Motorola brick phone. The original style phone that started all this mobile phone madness. The plastic casing and keypad are all brand new, and fitted inside are the innards of a more modern mobile phone. And to the most part it worked quite well. But I was not happy.

How it all started

Before smartphones came along, I was a huge Nokia fan. That was the only make of phone for me. They were simple to use and had very intuitive interfaces. The phone used for this retro case, was in my opinion rubbish. It was so bad, I cannot even remember what make or model it was. So I thought, if someone else could pull this off fitting a semi modern phone into a retro case, then so could I. I come from a long electronics hardware and software career, so I was up for the challenge.

The hunt was on for a donor phone to use, and of course it was going to be a Nokia. I scoured eBay to see what was out there. Luckily there were loads to choose from and not that expensive. My main criteria was to find a phone that had roughly the same amount of keys as the keypad and an LCD screen that would be about the same size as the screen opening in the case. Everything else would be okay as the case is huge and will accept the PCB and battery with ease.

And the winner was the Nokia 6230i. It was uncanny. The Nokia phone had near enough the same amount of keys and layout as the keypad and the LCD screen was millimetre perfect to the screen opening in the case. And as a bonus, it was colour. In dissecting the phone, I stupidly damaged a delicate surface mount integrated circuit, so I quickly purchased another phone. The second one, I was successful with. I stripped off all the bits I did not need and set about working out how to fit it into the new case.

The first big obstacle was the keypad. The Nokia keypad and the keypad in the retro case are very different. They both used a matrix method to scan the keys, but they were different enough to need modifications. So I was cutting PCB tracks and making new connections with mod wire. After much head scratching and eye straining, I got this working. They keypad even lights up just like it did in the Nokia phone.

The next obstacle was fitting the LCD screen into the case. As I mentioned before, the size was just about perfect. So with some slight modifications to the plastic and some glue, it fitted.

I was nearly there. The retro case already has a SIM card holder and I wired this to the Nokia PCB. A few other tweaks here and there, and I was more or less done.  The phone connects to the microphone and speaker in the case and I drilled a small hole and discretely mounted the phone charger socket. The Nokia phone has a camera, but I opted to do nothing with this, so it just takes pictures in the dark inside the case.

The retro phone is very light as the Nokia phone uses a modern tiny battery, and an old 1980’s Motorola phone would have used an old school huge battery that clipped on the back. So this new retro phone still has the clip on battery, but it is just a dummy as is the screw on aerial. The dummy battery has a metal plate inside it to give the phone some more weight. I think the original 1980’s phone would have given you about 30 – 60 minutes of talk time at the most.

Absolutely it worked. My friends loved it. If they were old enough, they remembered these phones the first time around and younger people just looked at it and never realised phones used to be this big. It was an instant hit. People did not believe it worked and could make phone calls. When I showed them, everyone wanted a go. I was a late adopter to smartphones so this became my daily driver for a year or so. It was just amazing. Every time I used it people would look and stare. One woman in a supermarket almost crashed her trolley. The phone is really easy to use and is a doddle to hold hands free on your shoulder. Something I struggle to do with smartphones.

So this old ancient retro phone that can only make phone calls and send text messages using the fiddly keypad. Am I going to chuck it in the bin or sell it on eBay? No chance. This is a keeper and I do not see myself selling it anytime soon. It may not be my daily driver, but it makes an excellent backup or for occasions when I want to use a novelty phone. And it can do one important thing no smartphone can do. The battery lasts about one week. My current smartphone can only manage under two days with light use.

The only problem is the donor phone works on the ageing 2G network and this may be in danger of being switched off at some point. If this happens, I will need to find another phone to be the next donor, and breakout the soldering iron again.

Can I make more of these?

Many people have asked about making more of these and being paid for it. At the end of the day, this is just a novelty phone. I doubt anyone would use one as their daily phone unless they are eccentric or something. So I would imagine £50 is about the most someone would pay for one. Unfortunately the time and effort it took to make this, £50 would hardly make it worth while. And I would not want to charge more as I doubt anyone would buy one. So it is going to have to stay as a one off. Maybe making a second one would be quicker as I know exactly what to do? 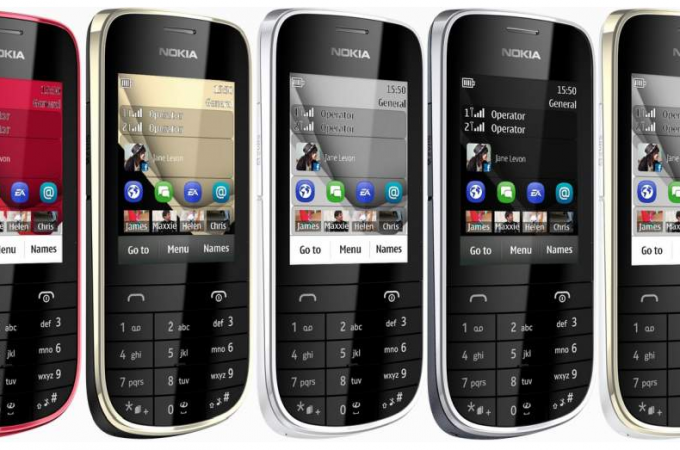 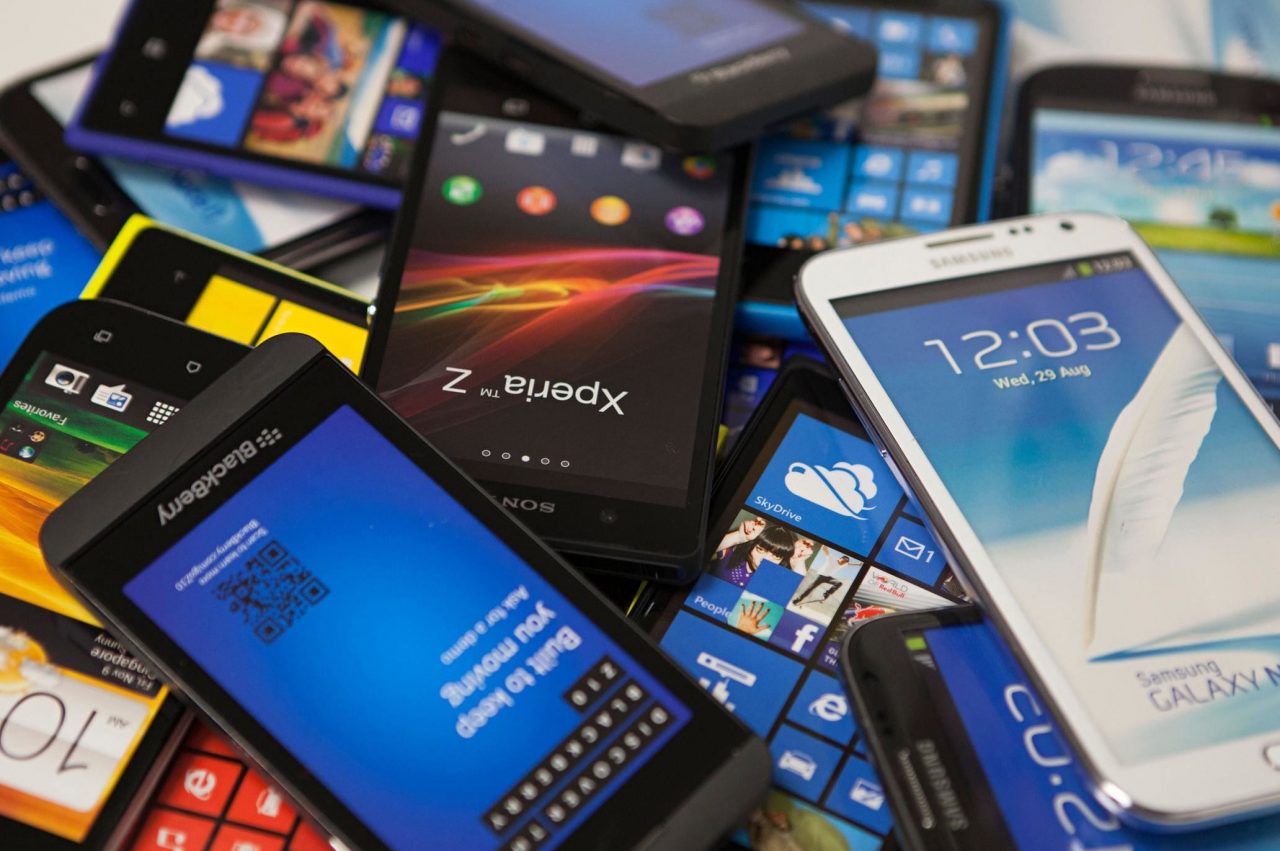 What is the best budget smartphone of 2017? 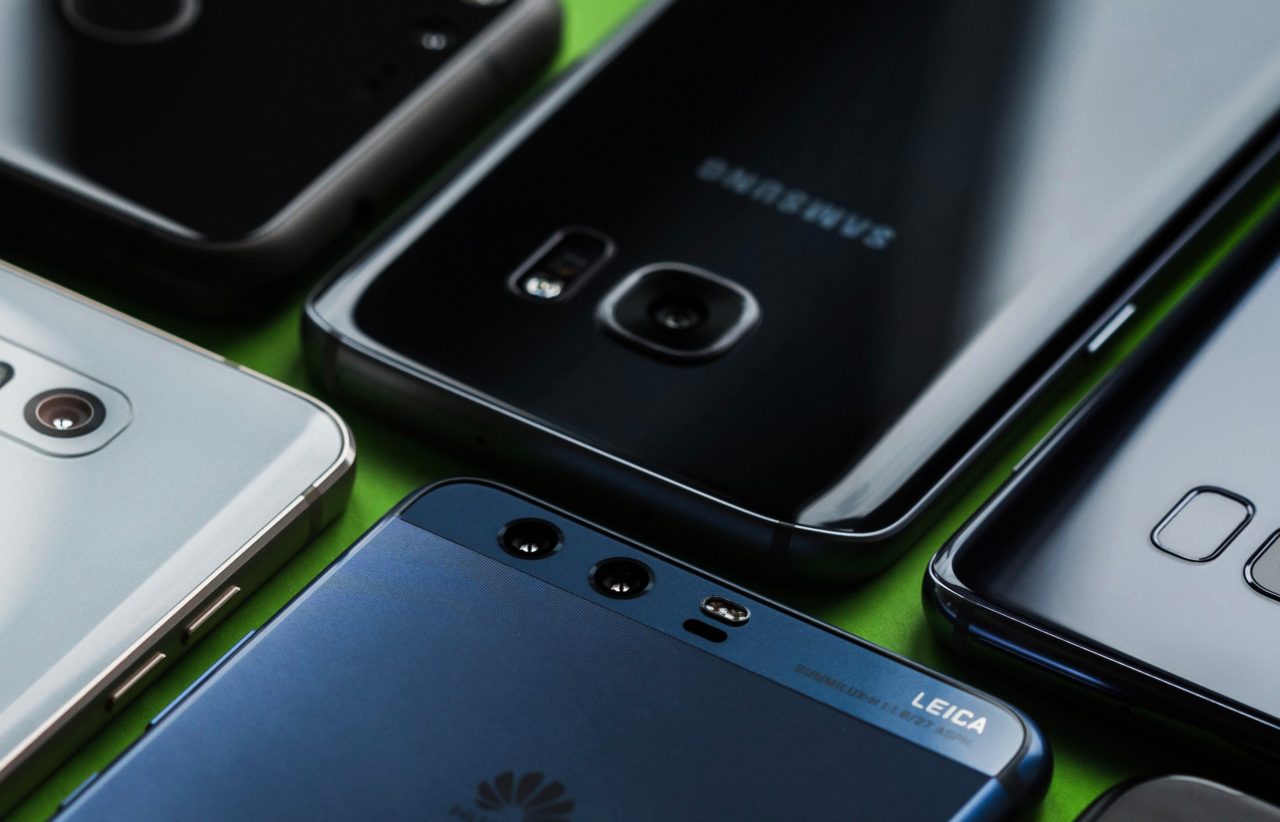 What is the best mid-range smartphone of 2017? 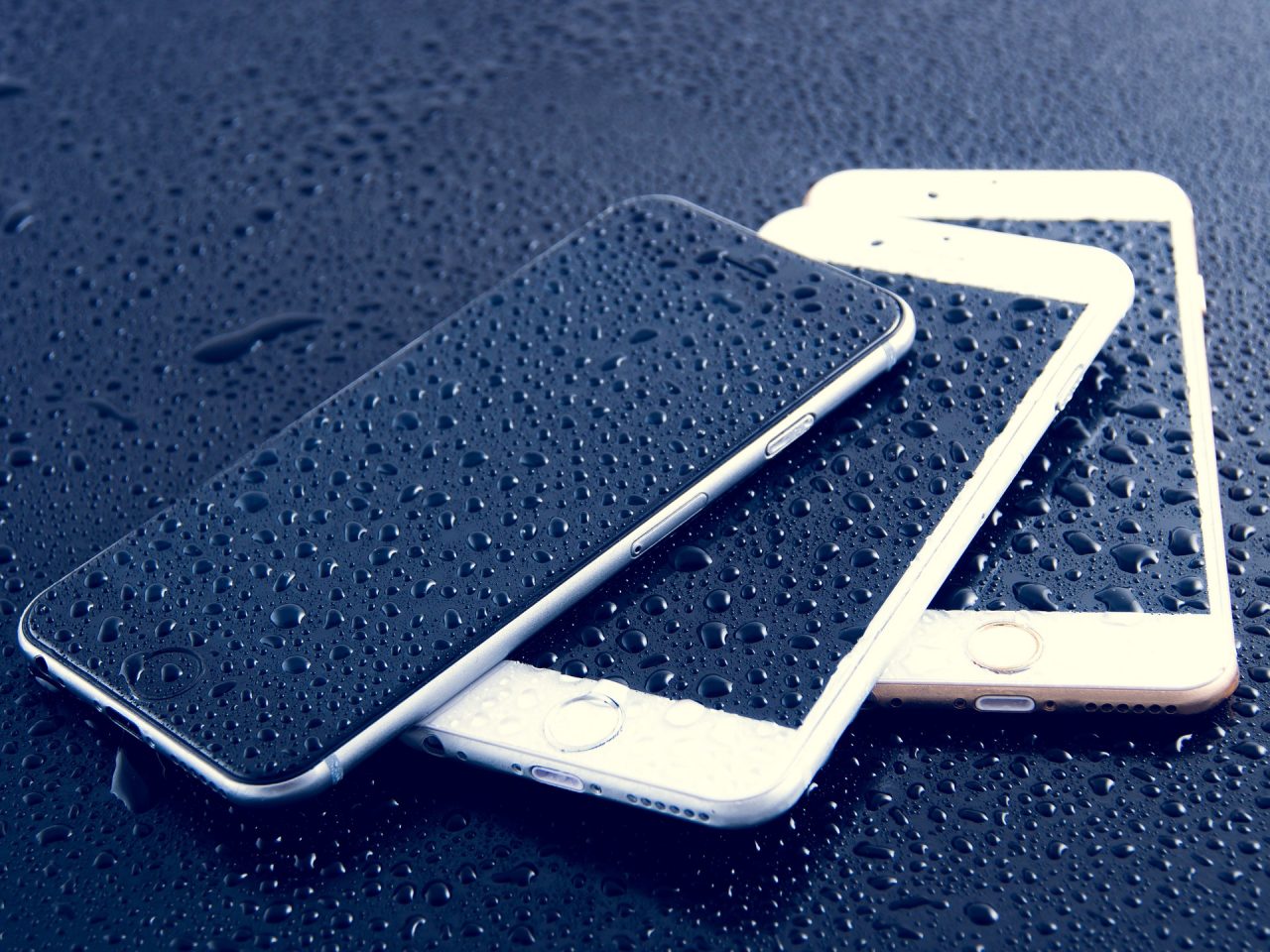 What is the best premium smartphone of 2017?